Alternate history stories are tricky. On the one hand, you get a chance to play with known historical events and people in a way that’s completely(?) unexpected. On the other hand, if you don’t get the mix right, it could fall flat and not meet expectations.

Beat The Devils manages the former, working several familiar historic elements into a noir story that feels like it could sit on the shelf next to Chinatown, The Big Sleep, and The Man in the High Castle. Set in an alternate 1958, where Joseph McCarthy is president of the United States, a double homicide brings detective Morris Baker into intrigue as he’s pulled into the middle of the investigation — even becoming a suspect. The murders of film director John Huston and journalist Walter Cronkite set off a series of events that pull Baker into a conspiracy that involves Communists, Jews, a femme fatale, and a nuclear bomb.

The murder investigation is just the entry point into a more convoluted mystery that pulls Baker into a deeper conspiracy, and author Weiss piles on complication after complication in a way that may have you asking, “What more could go wrong?” And he keeps all the plates spinning with a good amount of speed, all within a framework of world-building that delivers story elements and characters that are familiar, such as Humphrey Bogart, but different enough that it surprises you and keeps you guessing throughout.

While it’s a solid stand-alone story, I can see the potential in Morris Baker as an on-going character. He’s got a good group of supporting characters around him (save for a dependable girlfriend…), and he just needs his own rogues gallery.

Beat The Devils is a tightly-written, well-paced yarn with a nice mix of alternate history and film noir elements. The world-building is thorough and the characters are layered and dimensional. They feel lived in, warts and all. No one feels perfect, and no one feels two-dimensional. I very much enjoyed this story, and if there are more stories in this universe, I will look forward to reading them.

BLADE RUNNER 2049 Expands on the Original

CONTINUUM Takes Us to the Woodshed

ROGUES GALLERY #44: The Return of GOTHAM and the Fall(?) of DC Films 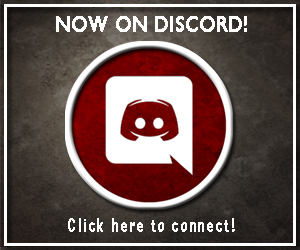 Vault of the Killer B’s – EARTH GIRLS ARE EASY